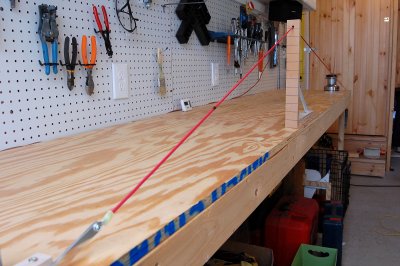 The Test Bench
Having been asked the question over and over it seems a lot of boaters do not fully understand anchoring scope or what relationship it has to your anchor on the sea bed.

For this article I wanted to put scope into pictures. I used a short piece of aluminum to represent an anchor shank, some 12 GA finely stranded wire, my work bench and an upright jig marked off in inches to represent the water depth or bow height of the boat and black tape to represent every foot of rode. The depth was set to 12" or 12' by scale.

I used a scale of 1" = 1', or 1 inch equals 1 foot, because this was simple. The aluminum anchor shank, at this scale from pivot to rode connection point, matched my 35 pound CQR and represents about 33" long.

The wire was drawn tight to represent the rode straightening under a full load on a boat. Of course with 300+ feet of rode approaching infinite scope is nearly impossible but this is relative and illustrative only.

Most boaters only measure scope along the rode length so I therefore did not include the anchor shank length. This is why the 1:1 scope you'll see is not vertical.
To measure the angle I used my angle cube that I use for woodworking. This is a highly accurate device though very, very sensitive. I was not and am not concerned about the small fractions .05 etc. it may be off but more about the general angle to the whole number. I tried very hard to be gentle when setting the cube on the shank so as not to disturb the angle of the rode.

The shank was designed to sit 100% flush with the bench but an anchor would be buried and depending upon the design the shank might too be buried. The bottom line is the angle the rode puts on the shank at a given ratio. 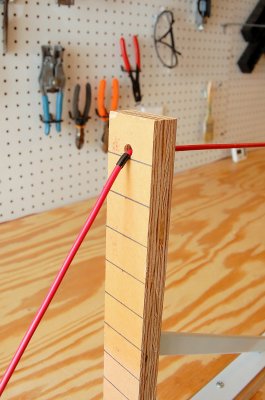 The depth jig is marked off in inches to 12" tall. The jig simply slides along the bench to set the scope ratio. Once the desired scope was set the wire was drawn tight. 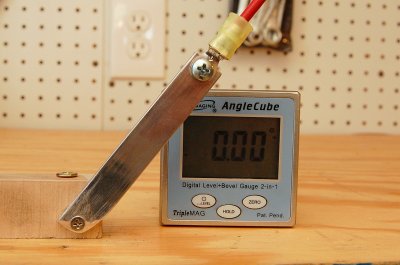 This is my angle cube designed for use on a table saw or other woodworking tools to determine the angle of a blade or fence. The cube was zeroed to the bench before each measurement was taken to ensure it was as close to accurate as can be possible. 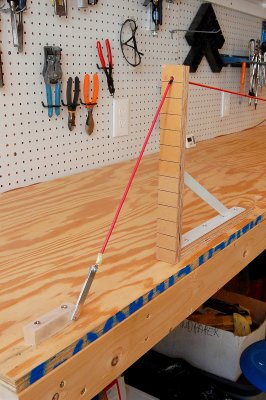 1:1 Scope
Here we go. This is what a 1:1 scope looks like if you did not include the length of the anchor shank. As mentioned earlier this aluminum shank represents the length of my 35 pound CQR to scale. A true 1:1 would be vertical but the extra length allows some angle to the scope.

Scope is figured as 1 times the depth from your bow chock to the ocean floor. So for a 5:1 scope with 10 feet to your bow from the bottom you'd need 50' of rode or 5 X 10' = 50'. 7:1 would be 7 X 10' = 70' of rode. If your depth transducer is 1' below water and not calibrated for offset don't forget to add this into the calculation. Forgetting to add in bow height is most common and can make a fairly big difference if you leave it out. 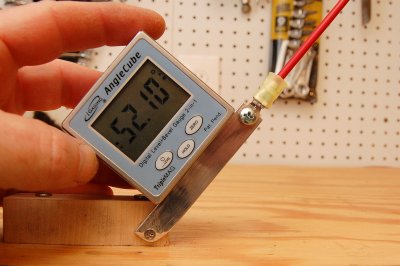 Again we have not included the anchor shank as part of our rode length so the angle applied to the anchor in this scenario is 52 degrees at a 1:1. 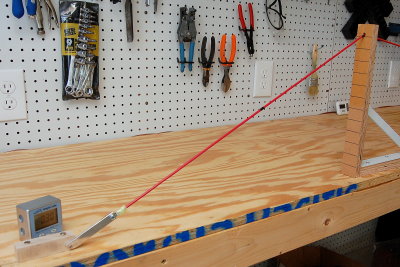 Here's what 2:1 looks like and the angle on the anchor shank has dropped tremendously by going from 1 X depth to 2 X depth. 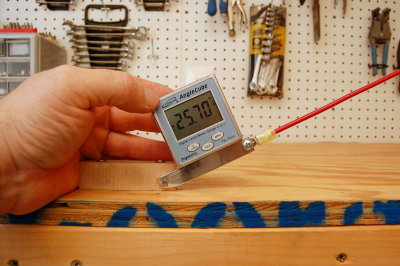 As you can see by going from 1:1 to 2:1 scope we have nearly cut our shank angle in half to just about 26 degrees. Still not a scope I'd sleep well on with any anchor! 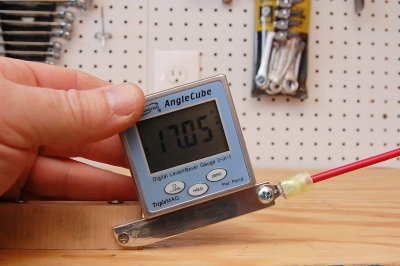 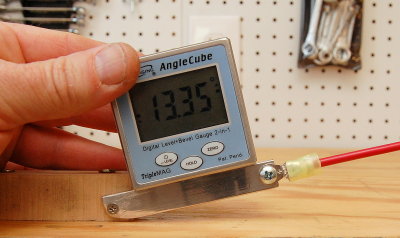 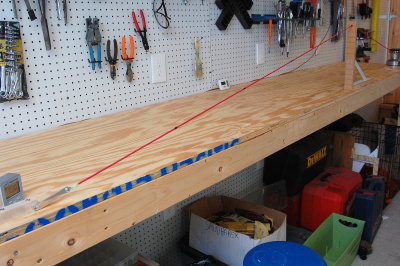