Thank you for stopping by to view a collection of my favorite railroad images taken over the years since 1981 to the present.

My first railroad passion was for the AT&SF having grown up in the Pasadena area in the 1950s, so you will see a considerable number of Santa Fe images in many different liveries. Also, BNSF, Southern Pacific and Union Pacific images are included. Like many Southern California railfans, most of the images were taken in Cajon Pass and Tehachapi Pass. Amtrak images are included as are the images from the various steam excursions that have been run over the years.

Thank you for taking the time to view my collection of images. I've loved trains as long as I can remember! 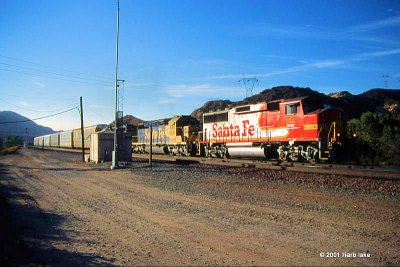 BNSF Red/Silver Warbonnet Heads Through Cajon XOs
BNSF-patched Santa Fe GP60M #156 rumbles eastbound on the Cajon Sub through Cajon Pass at the Cajon crossovers with an autorack train in 2001.
0 comments leave a comment 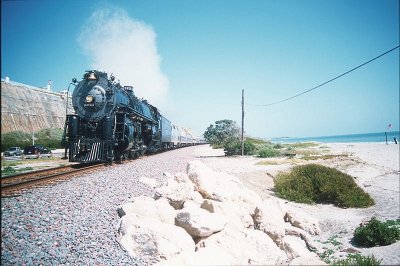 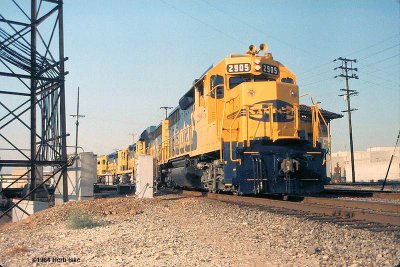 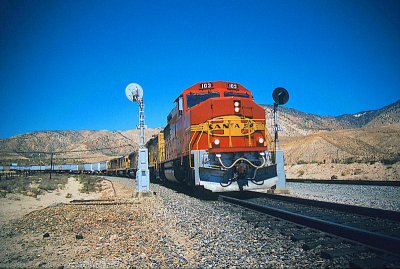 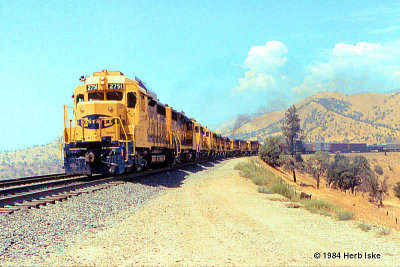 Blue and Yellow Warbonnets on the Loop!
Santa Fe GP30u #2751 leads a long string of blue and yellow freight power on this eastbound train around the Tehachapi Loop at Walong in 1984.
0 comments leave a comment 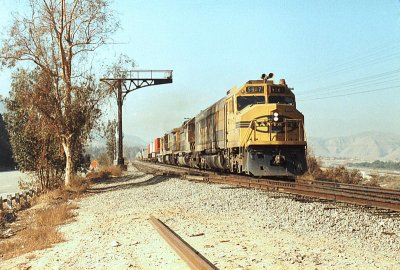 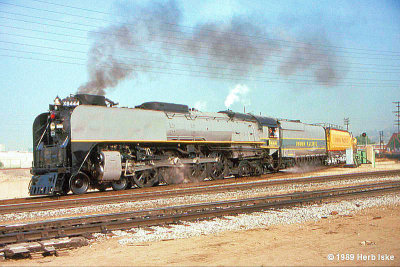 UP #8444 departs LAUPT
Upon completion of the 50th Anniversary Ceremonies at Los Angeles Union Passenger Terminal, UP #8444 crosses over the Los Angeles River to East Bank trackage before heading east in 1989.
0 comments leave a comment 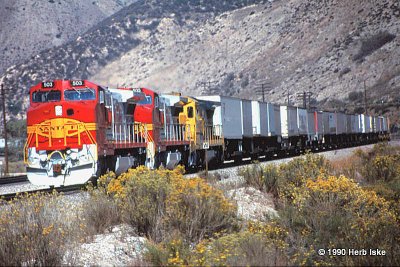 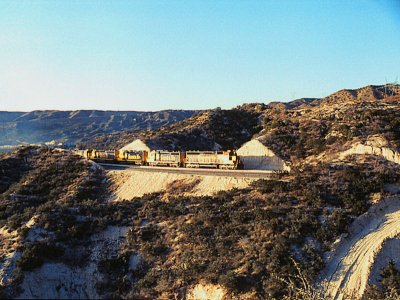 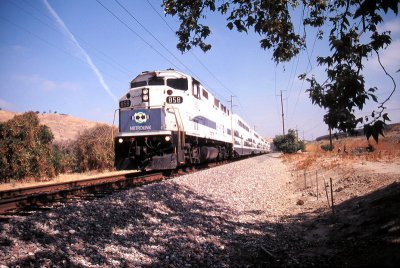 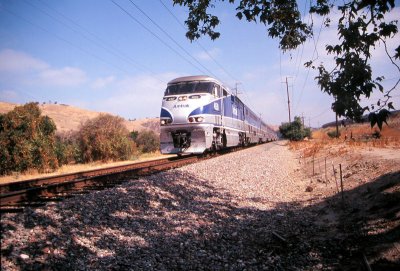 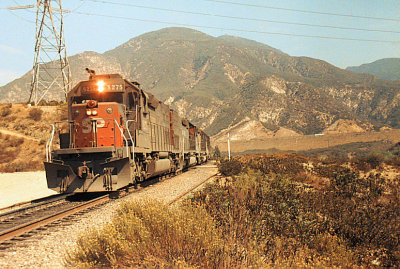 Classic SP Down the Cutoff
Eastbound Southern Pacific SD40T-2 #8275 takes the lead down the Palmdale Colton Cutoff in the Blue Cut area of Cajon Pass in 1985.
2 comments leave a comment