these were among my favourites, but as I list only 36 of them in my main favourites gallery I moved those that don't make it to the very top anymore here. 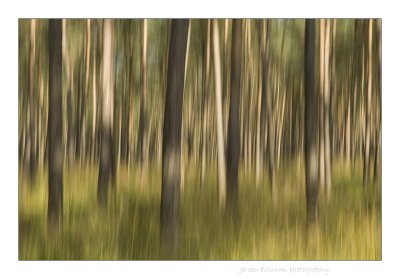 Treelirium
I like using manual exposure techniques. Of course much can be done with photoshop, but the effects are often more natural and less time consuming when created during the exposure. I did not come up with these myself, I just try to recreate what I have seen elsewhere in another setting and add a tiny bit of my own ideas. Panning, zooming or moving camera vertically can create interesting effects with some luck. I had some luck indeed here (and trashed 6 other images that were rubbish, to be honest). What I like here is the salt-n-pepper colours of the trees and the soft green on the ground and also on the top of the image. I should experiment more in this way, but often I just forget.
5 comments leave a comment 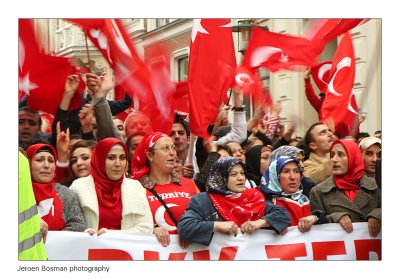 Women on front
I live in a small-to-medium-size town (pop 80,000), but it does have a large population of Turkish descent (almost 20%) and houses a Turkish consulate. That was very clear on this day, when, riding home from the town centre I saw some roadblocks and heard some shouting. It turned out to be a demonstration against PKK terror. The demonstration was, although full of Turkish national symbols, not against Kurds, but against the violence. Luckily I had put my DSLR in my bag that morning (for no reason other than "you'll never know what will happen"). I was surprised to see that the march was headed by women, because often still Turkish-Dutch women walk a meter behind their husbands. The rally was quite emotional and it was easy to capture that.
0 comments leave a comment 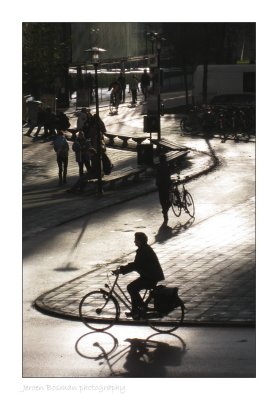 Hon. mention in Pbase competition: Meandering Life
During lunchtime I go for a short walk now and then. I remember this was a rather dull day. It had been pouring down all morning and had just become dry and somewhat lighter. I did not go far. This is just outside my office, taken from a basketball pitch built on top a bar. When idling there I realized at once the potential of what I saw, with some stronger light now on the wet pavement. Using the long end of my compact camera zoom and benefitting from the constantly changing hustle and bustle of students walking and cycling I waited for the best moment and came out with this one. Most people walking here daily do not recognize it!
This image ('meandering life') was awarded second place ( http://forum.pbase.com/viewtopic.php?t=34894&postdays=0&postorder=asc&start=7) in the 66th Pbase Show and tell competition ( http://forum.pbase.com/viewtopic.php?t=34759&postdays=0&postorder=asc&start=0)
23 comments leave a comment 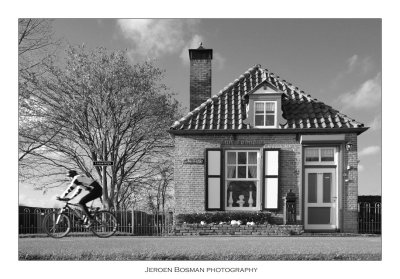 real
This picture is dear to me as it represents a gallery of B&W images ( http://www.pbase.com/hiero/ijssel ) that was my first serious attempt at B&W after many years. Of course shooting digital I made colour images and converted them afterwards, but I tried to 'think' B&W while out there. That is not easy, though the autumn season, with empty fields and nature asleep, did help. I like this picture because you see the house first and the cyclist only after that. I remember that I made this shot. I was looking the other way but sensed the cyclist in the corner of my eye. In an instant I turned around, put the camera to my eye and hit the release, without looking at any of the exposure parameters. I was very relieved to find the entire cyclist in the frame. I would never have managed it with a compact camera by the way, due to their long shutter release dalays.
2 comments leave a comment 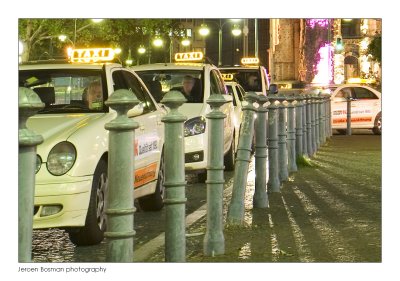 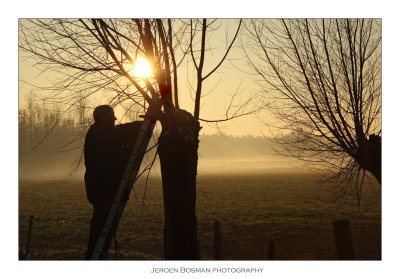 "knotten"
It is not that I am shy, but I just do not often approach people to ask permission to take their picture. Partly it is because I mostly like unposed images better. In this case however it was so obvious I was focussing on this man that I just had to talk to him. Of course, taking pictures was no problem and I got all the details on what he was doing, why and why at this particular moment. It was a nice chat in a beautiful place at a beautiful moment. And the good thing was, he was just working an, allowing me to take unposed pictures....
5 comments leave a comment 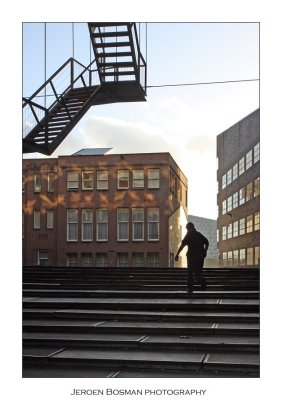 why shoot me?
This was taken on a photoshoot with my youngest son. We were rinding on our bicycles through the redeveloped eastern docks area of Amsterdam. We were shooting the harbour and modern residential architecture when this man rushed by. I always like urban backlit scenes with silhouetted people in it, so pushed the shutter immediately. For me the result is is the difference between an OK image and an interesting one. There is some extra interest here in the strange coloured reflection on the building on the left.
2 comments leave a comment 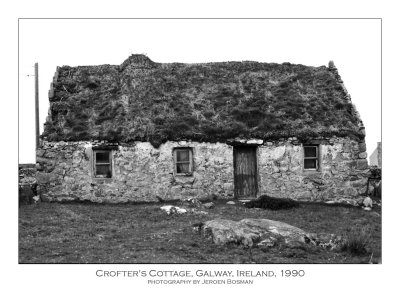 we've got power!
This is a simple image of a humble crofter's residence. I was very lucky to have made numerous travels across Europe as a geography student. These study trips brought us to remote corners of many countries. I gather that this building was one of the last few simple crofter's dwellings still in use for residential purposes. It was connected to the electricity grid but one can imagine that the next step was to either move away or rebuild entirely. I like the image also for the texture of the ground, stones and roof. There is so much of it, that you do not miss texture in the sky.
6 comments leave a comment 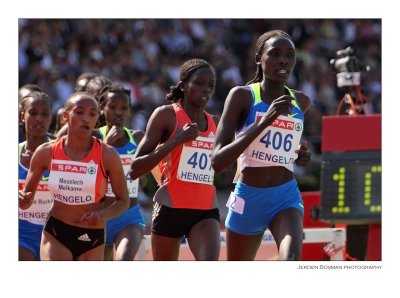 women's 5000 m
This is one of the images that made me realise the thrill of sports and especially athletics photography. These long distance runners do not attract too much attention in their first rounds. The group of mostly Kenyan and Ethipian ruunners mostly sticks together, but in the last 4 rounds the tension grows and faces start to show some emotion. For the photographer is is relatively easy once you are in the right spot, because if you blow things there is a second chance the next round. I have good memories of these specific games because it was the first time I hired a professional lens (Canon 70-200 L IS USM for who is interested) and what a joy it was to use it. The lens is quite heavy of course, but I see that as an advantage: it reduces camera shake and you can skip the gym. Uhmm I don't go there any way, but still....
4 comments leave a comment 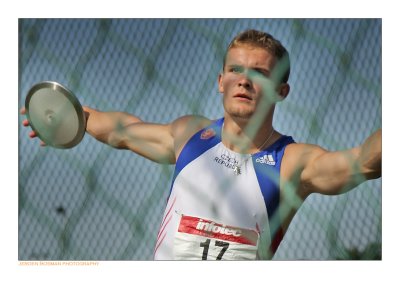 Pavel Baar
This close-up sports action is among my favourites because it shows the eyes, muscles and discus very well, despite the net through which I had to shoot. Shooting this sport is not easy: you either have to risk your camera and yourself by putting your camera under the net, or you have to shoot through the net, of course with manual focus, and risk the net obscuring essential parts of the image. When you succeed hoewever, I think the net adds to the atmosphere of the image. What I do not like here is my overthusiastic selective highlighting in postprocessing, which is especially clear in the thumbnail. Should have restrained myself....
0 comments leave a comment