History of the Fletcher Wildlife Garden in photos

The Fletcher Wildlife Garden began in 1990, on a 6 hectare site on the Central Experimental Farm, in the middle of Ottawa. The photos presented here show how the garden looked in the old days before the Amphibian Pond, before the New Woods, Hedgerow, Old Field, etc. The contrast between then and now is quite astounding! To illustrate this, some recent photos will be interspersed to show the differences that have occurred.

We are not sure who took these photographs, for they were in our archives. But I believe many of them were taken by Jeff Harrison and Peter Hall, the two founding members of the FWG. The old photos are digitized from slides and photos, so the quality of some is not always as good as it might be, although thanks to one of our volunteers, Al, some of the slides have been digitized and cleaned up very nicely.

Newly added photos are at the beginning. Please click on each image to enlarge. 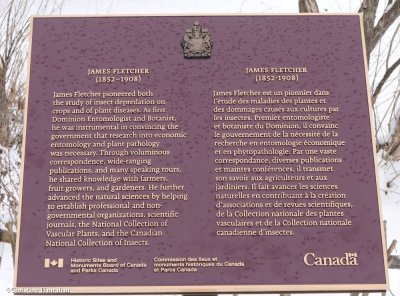 The Fletcher Wildlife Garden is named after James Fletcher, Dominion Entomologist and Botanist. He was based on the Central Experimental Farm (Agriculture and Agri-Food Canada) where he was also the Chief of the Entomology and Botany Division from 1887 until his death in 1908.

However, his interests extended beyond plants and insects as they relate to agriculture, to natural history in general. He was a founding member and later president, of The Ottawa Field-Naturalists' Club, the parent organization which oversees the FWG. It was thought fitting to name the garden after this eminent naturalist.

James Fletcher was born in England, in Kent County, moving to Canada in 1874.

PLease click on the photo to open this gallery. 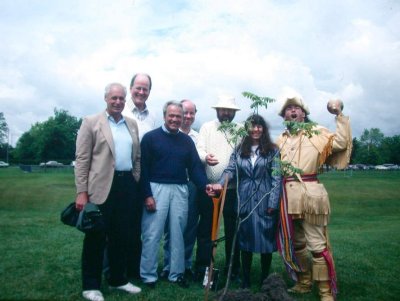 I don't know who everyone is in this photo, but the President at the time, of the Ottawa Field-Naturalists' Club, Roy John, is in the back row, wearing a Tilley Hat. And of course, the Ottawa Town Crier is there! 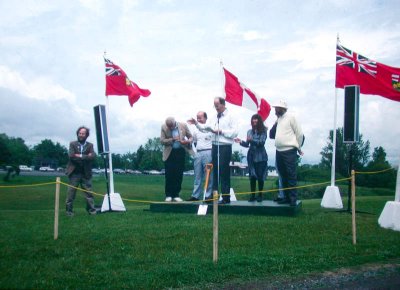 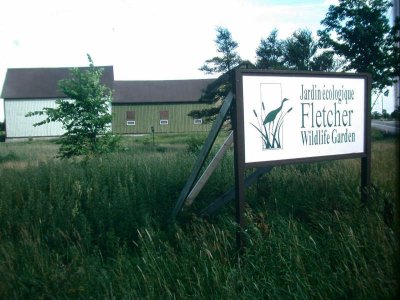 Fletcher Wildlife Garden at the entrance to the garden, 1993
Today, you cannot see the barn at all. The area between the sign and the barn is now a flourishing woodlot. This sign stands at the intersection of the road into the garden and Prince of Wales Dr.
0 comments leave a comment 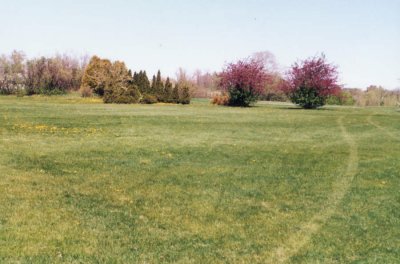 Looking west to the Butterfly Meadow, spring 1991
The area in the foreground is now full of shrubs and trees, thickets that provide nesting habitat for birds and cover for small mammals. The Butterfly Meadow is beyond the row of conifers.
0 comments leave a comment 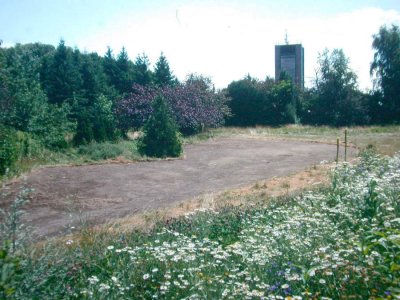 Butterfly Meadow, 1993
Here you can see the land has been cleared for the next part of the Butterfly Meadow. To the right of the photo, the area has been planted with lots of ox-eye daisies.
0 comments leave a comment 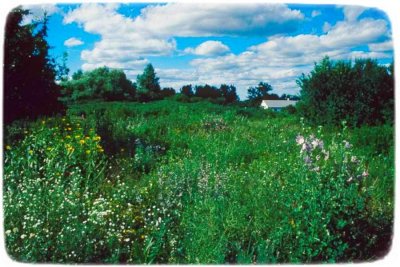 Butterfly Meadow
Another view of the Butterfly Meadow, probably in 1993, when it was first created. The shot is looking northward toward the Ravine and the Interpretive Centre.
4 comments leave a comment 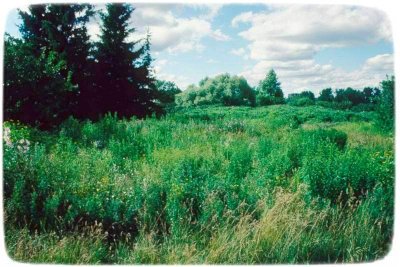 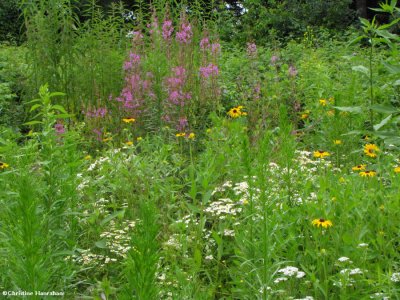 Butterfly meadow, July 2009
Fireweed, brown-eyed susan, yarrow, feverfew, these are only some of the plants you see in this photo.
2 comments leave a comment 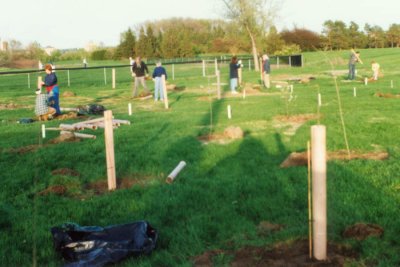 Planting the New Woods area of the garden, May 1992
This open field is now full of tall trees and shrubs! Here, we are looking east toward the baseball diamond around which our Hedgerow now runs.
1 comment leave a comment 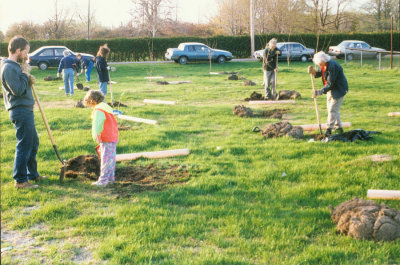 Planting the New Woods, spring 1992
This view is looking north to the entrance road into the Fletcher Wildlife Garden. The baseball diamond (not part of the FWG) is to the left, and behind is more of the New Woods waiting to be planted in 1992. Planting continued for several more years, with the last large planting of new trees occurring around 1996. Scouts continued to plant trees here and there in the new woods, for a few more years after that.
0 comments leave a comment 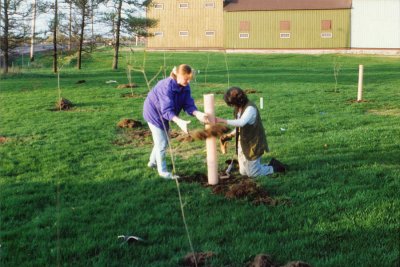 Planting the New Woods
This area is now full of tall trees which look as if they grew up naturally and have been there for longer than 20 years! Just shows how a mowed field can transform into a woodlot in 20 years!
0 comments leave a comment