This blog is a way of sharing some of the things we see and are working on at the Fletcher Wildlife Garden (FWG) in Ottawa, Ontario, Canada. Contributions of photos taken at the FWG and information about them are welcome. Please send them to fletcher@ofnc. Be sure to provide the full name of the photographer and permission to use the photo on our blog.

For directions to the Fletcher Wildlife Garden, please see: http://www.ofnc.ca/fletcher 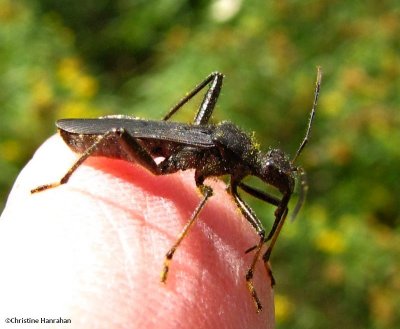 Broad-headed bug (Alydus eurinus)
Here is a side view of the little bug that was shown earlier photographed from above.
4 comments leave a comment 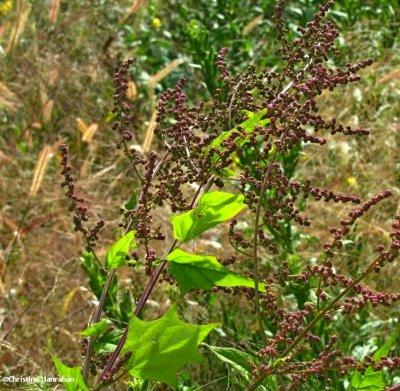 Maple leaved goosefoot (Chnopodium simplex)
When I saw this plant, I assumed it had to be a non-native species, as many plants in this genus are. But to my surprise, I found out that this one is native. It is one of many plants that grew up over the summer in the small section of the old field that was rototilled this spring.
0 comments leave a comment 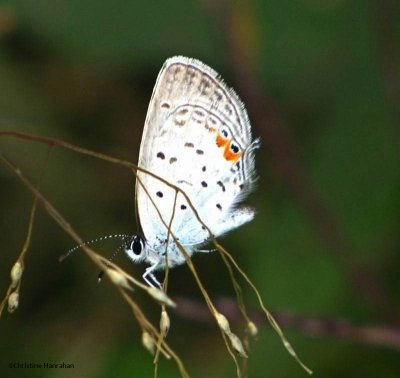 Eastern tailed blue butterfly
This little butterfly flitted past, landed briefly on this grass in the old field area, and then vanished. I got one shot, not the best, but a record of it being seen in late September.
1 comment leave a comment 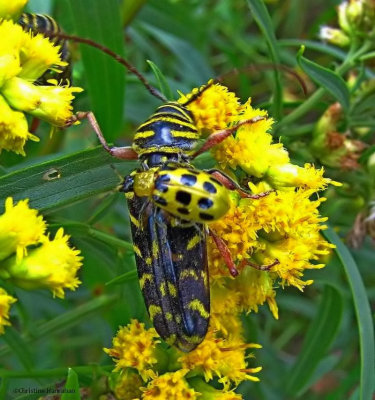 Locust borer beetle and spotted cucumber beetle
The goldenrods still in flower were a magnet for insects of all kinds. Here there are two locust borers (long-horned beetles associated with locust trees) and a very small spotted cucumber beetle is clambering across the back of the much larger borer, to reach the enticing flowers on the other side. You can just see the second locust borer at the top left corner.
0 comments leave a comment 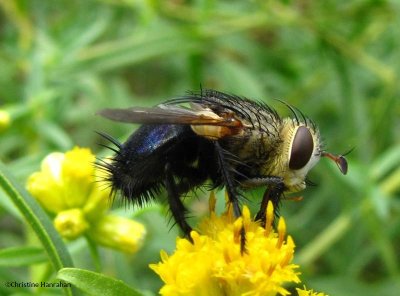 Parasitic fly (Tachinidae)
These large tachinid flies were abundant around the garden, particularly on goldenrod.
0 comments leave a comment 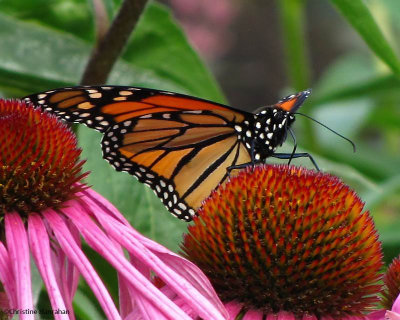 Monarch butterfly (Danaus plexippus) on coneflower
The only monarch I saw at FWG on this visit, was nectaring on coneflowers in the Butterfly Meadow.
1 comment leave a comment 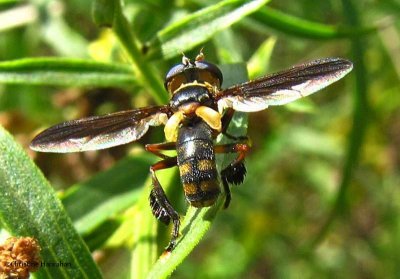 Feather legged fly (Trichopoda plumipes)
This is the time of year to see these really cool little flies with the feathery legs, as if wearing chaps! This one was quite small, but I've seen others almost twice this size. One species of Trichopoda, but apparently not this one, is used to control stinkbugs! Feather-legged flies are in the Family Tachinidae.
0 comments leave a comment 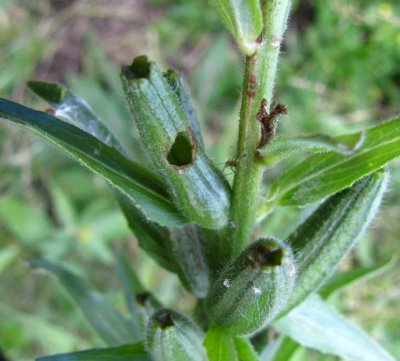 Primrose moth caterpillar signs
The beautiful pink primrose moth is closely associated with the evening primrose plant. The larvae bore into the seed heads and eat the seeds, and the hole here shows where one entered.
0 comments leave a comment 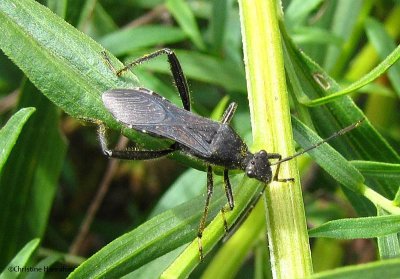 Broad-headed bug (Alydus eurinus)
These small bugs are commonly found on goldenrod flowers, and if you look closely, you can see that there is a dusting of goldenrod pollen on this one. It crawled off the goldenrod, onto my finger, and then back onto the plants. According to Bug Guide, this species may feed on carrion, although it is more often found lapping plant juices.
0 comments leave a comment 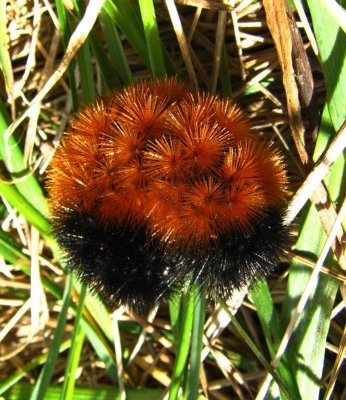 Wooly bear caterpillar
This very familiar little caterpillar is common in autumn, and is known by most kids and adults alike! The moth turns into the Isabella Tiger Moth.
0 comments leave a comment 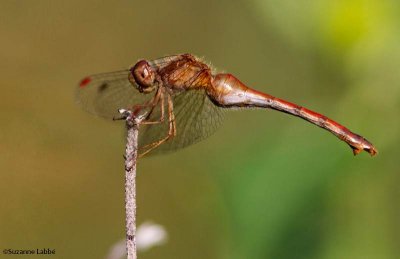 Autumn meadowhawk
Fellow PBaser, Suzanne Labbé from Quebec, visited our garden this month and was very happy with what she saw there. She told me she took many photos and offered to share some with us for our photo-blog. This and the following 6 are by Suzanne. The autumn meadowhawk here is beautifully photographed.

You can visit Suzanne's excellent galleries, full of fabulous wildlife photos, at: 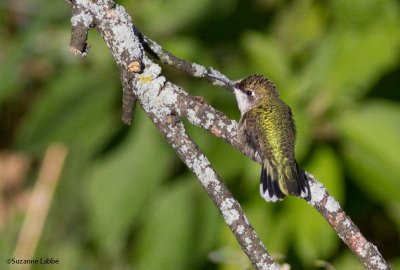 Ruby-throated hummingbird/Colibri-a-gorge-rubis
We've had a good year for hummingbirds at the FWG. As noted in an earlier posting, we have noticed them feeding on a wide variety of plants in our Backyard Garden. They rarely sit still, but this little one perched in perfect light, allowing Suzanne to catch a great shot.
1 comment leave a comment