This blog is a way of sharing some of the things we see and are working on at the Fletcher Wildlife Garden (FWG) in Ottawa, Ontario, Canada. Contributions of photos taken at the FWG and information about them are welcome. Please send them to fletcher@ofnc.ca. Be sure to provide the full name of the photographer and permission to use the photo on our blog.


How to find the FWG 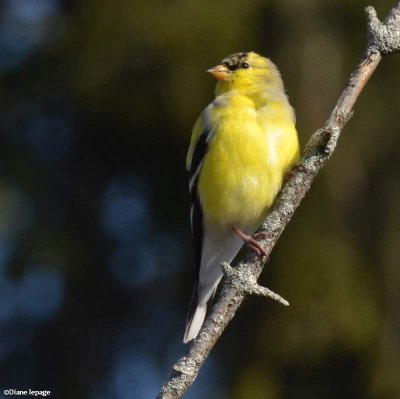 American goldfinch, male
You always know spring is coming, whatever the weather says, when male goldfinches begin assuming a patchy vivid yellow, which eventually turns into this lovely, distinctive plumage. These birds are late nesters who time their breeding to the appearance of the thistle with which they line their nests. Hence, they begin nesting at about the time most other birds are finishing.
5 comments leave a comment 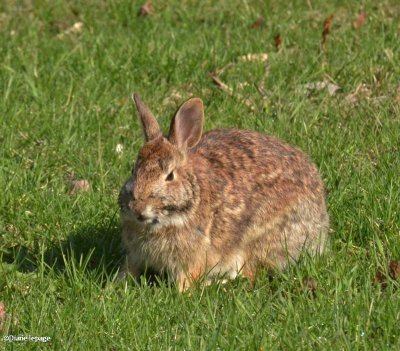 Eastern cottontail rabbit
Despite the cold winter, rabbits did very well at the garden, and are now quite noticeable. As rabbit populations fluctuate (they are cyclical), we have gone a few years with either no, or a few, rabbits. It seems this year might be on the upper end of the cycle, at least at the garden.
0 comments leave a comment 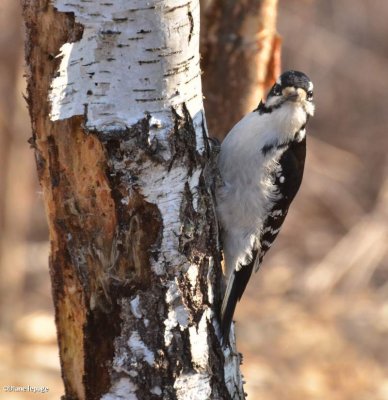 Downy Woodpecker
The ubiquitous little downy woodpecker, here caught by Diane on a birch snag. The holes made by these birds, and by the larger hairy woodpecker, create cavities for nesting chickadees.
0 comments leave a comment 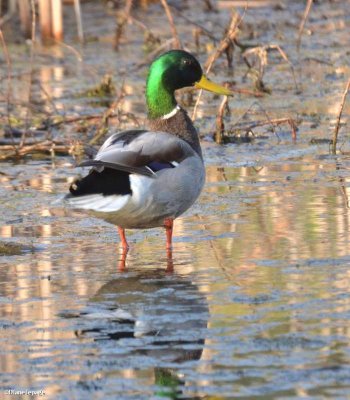 Mallard, male
Diane caught the beautiful rich green colouring on the head of this handsome mallard. At present, there appear to be several males and one female that visit our pond regularly.
1 comment leave a comment 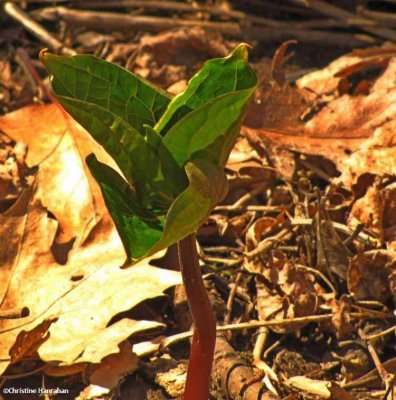 Bloodroot (Sanguinaria canadensis)
The first native spring ephemeral I've seen this spring. The bloodroot has just begun to grow, and if you look closely you can see a flower bud in the midst of these leaves.
2 comments leave a comment 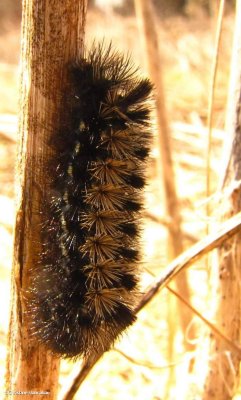 Ctenucha moth caterpillar
This small caterpillar was on an old goldenrod stem. These caterpillars overwinter in this stage, and from now on, will grow quickly, going through one instar to another, before pupating. We'll see the spectacular black, blue and orange moths flying in late May or June.
1 comment leave a comment 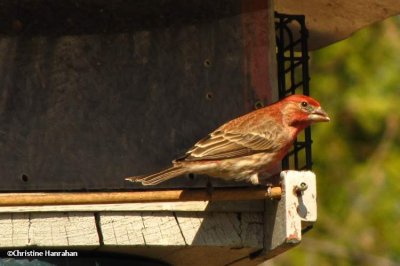 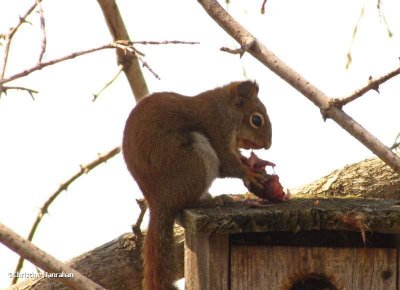 Red squirrel with food
Reds are omnivores, eating almost anything, from seeds,nuts, fungi, fruit, tree buds and bark, sap, and also nestlings, eggs and small mammals. Here, the squirrel is eating a mammal, not sure which one, but I think it must be a mouse.
2 comments leave a comment 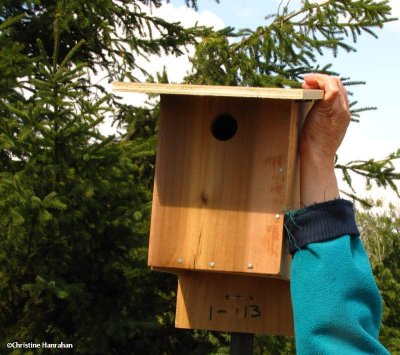 Installing the new bird box
One of four new swallow boxes Claudia and I installed today. Bruce made them for us, and I think the swallows are very happy because within the hour they were checking them out!
0 comments leave a comment 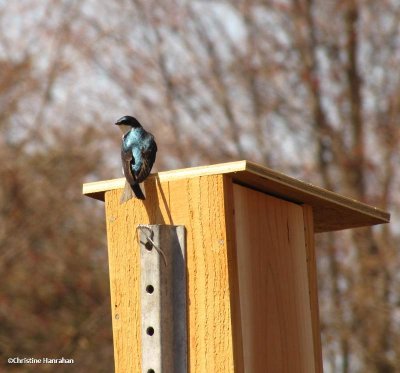 New house
Within an hour of installing this new box, tree swallows were checking it out. No doubt saying "Thanks, Bruce", for making them such a cosy new one.
1 comment leave a comment 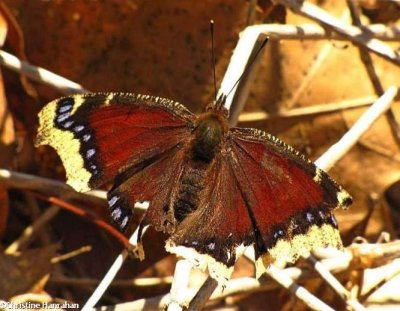 Mourning cloak (Nymphalis antiopa)
A very tattered mourning cloak, one of four I saw today as the sun warmed up the garden. This species overwinters under bark, or in crevices, waiting until warmth urges them out. If the weather turns colder, they will head back to shelter to wait it out.
3 comments leave a comment 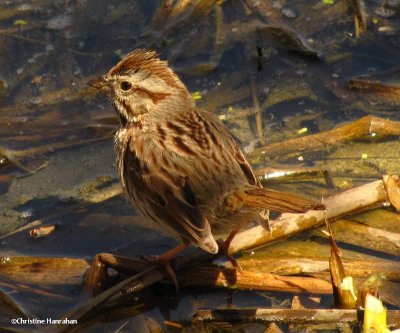 Song sparrow at pond
This sparrow was busy gathering cattail fluff for its nest. Every so often, if stopped doing that, and hopped along the shore picking up something, perhaps seeds. Birds were numerous today and song sparrows in particular were heard all over the garden. Other birds seen today, Earth Day 2013, were: